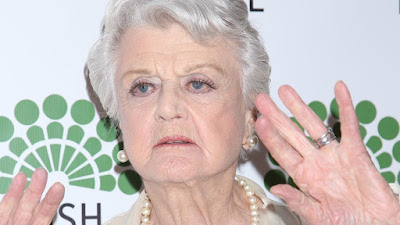 In response to scolds and trolls who criticized and/or misrepresented her earlier statements about sexual harassment and abuse of women, Angela Lansbury -- who, at 92, clearly has run out of fucks to give -- issued the following statement tonight:

"There is no excuse whatsoever for men to harass women in an abusive sexual manner.  And, I am devastated that anyone should deem me capable of thinking otherwise.

"Those who have known the quality of my work and the many public statements I have made over the course of my life, must know, that I am a strong supporter of Women's Rights.

"Lastly, I would like to add that I am troubled by how quickly and brutishly some have taken my comments out of context and attempted to blame my generation, my age, or my mindset, without having read the entirety of what I said."