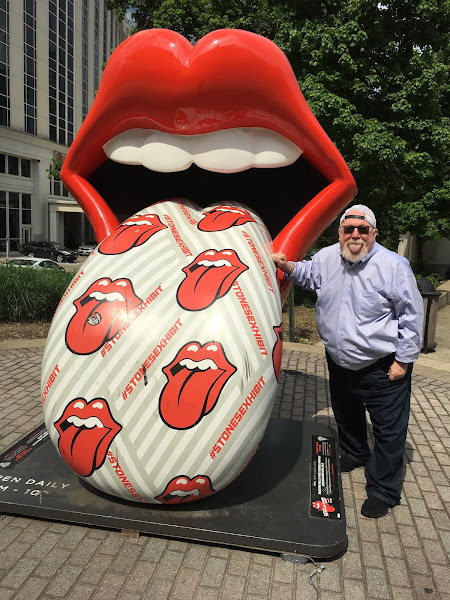 In the interest of full disclosure: I am a member of the Critics Choice Association, so I cannot claim to be at all objective in this matter. However, since I share the sentiments of CCA CEO Joey Berlin — and have his permission to reprint this message sent to me and other members of the organization today — here goes.

And by the way: Views expressed are not necessarily those of any other publication or organization with which I am affiliated.

Also: Go to hell, Hollywood Foreign Press Association. Go directly to hell. Do not pass Go. Do not collect any TV network money.

Call it Kedi — American Style, and you won’t be far off the mark.

Cat Daddies, Mye Hoang’s irresistibly appealing documentary, is so insightfully observed, beautifully crafted and warmly empathetic that even normally feline-averse viewers will want to sing its praises and hold it close to their hearts.

Not unlike Kedi, Ceyda Torun’s splendidly graceful 2016 film about the multifaceted feline population of Istanbul, Cat Daddies will be pure catnip for anyone who can’t get their fill of their favorite four-legged friends on YouTube and Instagram. In sharp contrast to Kedi, however, Hoang’s documentary is less about the fiercely independent critters themselves than the bonds that form between men (and, sometimes, the women in their lives) and the cats who deign to be their comrades.

Hoang, a Dallas-born, Los Angeles-based producer and director, turns her camera on a diverse array of guys, ranging from a cross-country trucker to a homeless New Yorker to a movie stuntman whose romance with a stuntwoman is sparked by their shared love of cats. Much of the movie is light, even celebratory, as it pushes back against stereotypes of various sorts, and shows how companionship with cats can be therapeutic, inspirational — and in at least one case, high remunerable.

However: Cat Daddies was filmed largely over the course of 2020, a year when COVID-19, California wildfires, and other disasters amped stress levels, all of which Hoang duly acknowledges — sometimes as as subtle allusions, sometimes as front-and-center threats — in many of the multiple narratives she interweaves throughout her film. It’s a tricky balancing act, but she pulls it off with wit, intelligence, and compassion.

As Hoang says in her director’s statement:

“We all know the stereotype of the crazy cat lady. And many of us have that friend, the one with the Instagram feed dedicated exclusively to cats. Self-described ‘Crazy Cat People’ are a force to be reckoned with — a community that’s here to stay and has only grown stronger in the age of social media.

“I watched over the course of a few years as my husband [filmmaker Dave Boyle] transformed into a bona fide crazy cat person after we adopted our first cat. However, something else changed inside him — something deeper. He seemed to grow into a softer, more patient and compassionate person. This inspired me to find more men who had undergone a similar transformation, and document their stories.

“As I dug deeper on ‘Cat Instagram,’ I discovered dozens of men who seemed to be living their best life with their feline companions. Their stories ran the gamut — from firefighters in South Carolina who unapologetically dote on their ‘fire cat,’ to an unhoused immigrant on the streets of New York who always puts the needs of his cat above his own. Many of the subjects are the very embodiment of the traditional definition of ‘manliness’ — the aforementioned firemen, a stuntman, a truck driver. All of them unapologetically dote on their beloved pets in a way that I found very touching.

“I see Cat Daddies as both a collective portrait as well as a time capsule, documenting a challenging year in which people desperately needed hope, relief, and companionship. It may not convert everyone to love cats, but I hope seeing images of men caring for these little creatures wins over a few skeptics and becomes a catalyst for compassionate change.”

Cat Daddies will premiere this weekend at the Dallas International Film Festival, followed by screenings at the Newport Film Festival and the Tallgrass Film Festival. Here is my Zoom interview with Mye Hoang.
Posted by Joe Leydon at 10/08/2021 10:24:00 PM No comments:

The Harder They Fall is a wild, wild Western 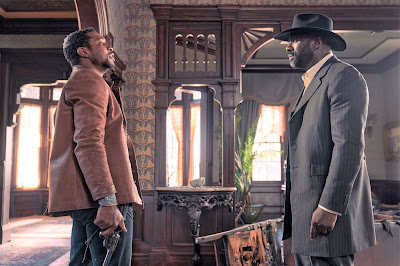 The Harder They Fall puts the wild back into the Wild West.

Imagine a dream team collaboration of Sergio Leone, John Woo and Spike Lee, and you’re ready for director Jeymes Samuel’s audaciously stylized and brazenly entertaining western, an exhilarating mashup of New School hip-hop swagger, Old West revenge melodrama, heist-movie double- and triple-crossing, and Spaghetti Western visual and narrative tropes. After its Wednesday premiere as the opening night presentation of the prestigious BFI London Film Festival, this sensational shoot-‘em-up will be available Oct. 22 in select theaters — arguably the ideal place to fully savor and enthusiastically share such a rock-the-house concoction — and Nov. 3 on Netflix.

You can read the rest of my rave over at the Cowboys & Indians website.