Looking for Trouble, they found it 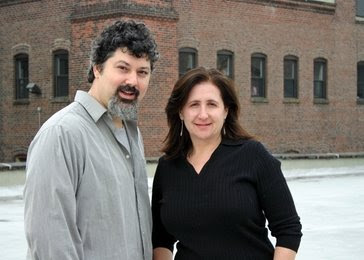 Documentarians Carl Deal and Tia Lessin were all set to make a movie about the aftermath of Hurricane Katrina — specifically about National Guardsmen newly returned from Iraq who were readying to restore order in storm-battered New Orleans — when a force of nature named Kimberly River Roberts gate-crashed into their project.
A would-be rapper and self-described "street hustler," Kimberly, a large, handsome African-American woman of 24, aptly described by film critic David Denby as having the "presence of lioness," approached the filmmakers at a Red Cross shelter near the National Guard armory in Alexandria, La. She told them that she and her husband, Scott Roberts, had remained in their Lower Ninth Ward home when Katrina slammed into New Orleans. And that she had captured images of rising waters and mounting panic with her newly purchased camcorder.
Deal and Lessin were amazed by her footage. But they were even more impressed by Kimberly, who ultimately became, along with her husband, the centerpiece of Trouble the Water, an extraordinary documentary about breached levees, broken promises and rebuilt lives. You can read my Houston Chronicle interview with the filmmakers here.
Posted by Joe Leydon at 11/03/2008 08:18:00 PM