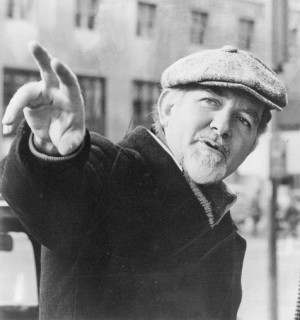 OK, now tell the truth: Have you ever seen, or even heard of, Anne of the Thousand Days

(1971)? Don't be ashamed if your answer is negative. Both films -- each directed by Charles Jarrott, who passed away Friday at age 83 -- already had the look and feel of creaky relics at the time of their initial theatrical release, appearing as they did during the New Hollywood era when cutting-edge dramas such as Midnight Cowboy (which claimed Best Picture honors the same year Anne also was an Oscar nominee) and Klute (which earned a Best Actress award for Jane Fonda, despite the best efforts of Mary nominee Vanessa Redgrave) were captivating critics and enthralling audiences.

(1977) -- both of the above-mentioned historical dramas about ill-starred Brit royals were musty antiquities even when they were fresh enough to be serious Oscar contenders. And yet, each was accorded a fair amount of critical praise, each enjoyed a certain measure of box-office success -- and, yes, each was rewarded with Academy Award nominations. Indeed, Jarrott actually received a Golden Globe as Best Director for Anne.

So, again, I ask: Before reading this posting, had you ever seen, or even heard of, either film? No? Well, sic transit gloria Oscars and Globes. Or something like that. It's enough to make you wonder what recent Oscar contenders -- or, for that matter, what recent Oscar winners -- are destined to be remembered by future generations (if, indeed, they are remembered at all) only as obscure answers to tricky questions in games of Trivial Pursuit.