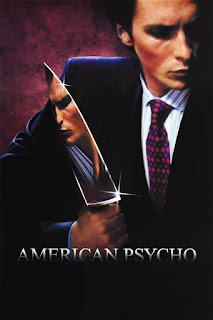 Of course, I find it more than a little ironic that LaPierre specifically referenced American Psycho as an example of Hollywood product capable of bringing out the worst in copycats. Because… Well, here’s something I wrote a few years back in my currently out-of-print book:

The cause-and-effect debate over movie violence has continued unabated since Taxi Driver was linked to a real-life would-be assassin. Mary Harron addressed the controversy – and admitted her ambivalent attitude -- in a New York Times essay she wrote prior to the release of her American Psycho (2000):

“Once you accept the idea that the representation of violence is in itself harmful to society, much of the finest world cinema could be banned, from Eisenstein to Kurosawa to Kubrick and Polanski to Coppola and Scorsese. Most genre films would have to go too: film noir, horror, gangster films, Westerns. This form of censorship, taken to its logical conclusion, clearly means the end of art.

“However, it does have a point, because no matter how moral or ironic or satirical a filmmaker might think a work is, he or she can have no control over how a member of the audience will receive it. No sane person could watch Taxi Driver and decide it was a good idea to shoot the President — but an insane person did.