My Memory of Richard Donner 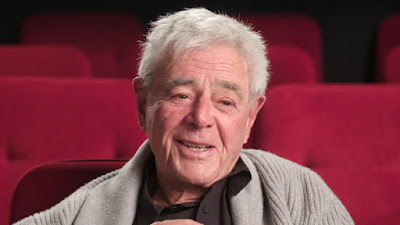 I am feeling more than a little melancholy as I process the sad news that producer-director Richard Donner has passed away at age 91. Not just because of his many movies that I have enjoyed — ranging from the Swinging London spy-spoofery of Salt and Pepper (1968) to the slam-bang buddy-cop excess of the Lethal Weapon franchise — and his early television work that left a lasting impact on me. (Not only did he direct the classic “Nightmare at 20,000 Feet” episode of The Twilight Zone — he also helmed two episodes of my all-time favorite TV series, The Fugitive.) My fondest memory of Donner involves one of his lesser-known films: Inside Moves, a criminally under-rated dramedy showcasing career-highlight performances by John Savage, David Morse, and the Oscar-nominated Diana Scarwid. (You can read Dr. Richard Jahnke’s entertaining and informative 2009 interview with Donner about it here.)

Back in 1980, when I was an entertainment writer and second-string critic for The Dallas Morning News, Inside Moves opened at a local theater in an early test engagement. I reviewed it, very favorably, and was pleased when it wound up drawing a respectably large audience for such a small-scale, semi-indie feature. So large, in fact, that Richard Donner came to Dallas on a promotional tour just before the movie’s wide release.

When the local publicist asked if I wanted to interview Donner, I jumped at the chance. But I was initially rattled when, as she escorted me to his table in the lobby bar at the posh hotel where he was staying, Donner leapt to his feet and shouted while I was still several feet away: “I’m sorry, Joe! I’m sorry!”

Almost sheepishly, Donner pointed to the new poster for Inside Moves, one festooned with blurbs of favorable reviews. And there, right below quotes from Judith Crist and Pat Dowell of The Washington Star, was a snippet from my notice: “Inside Moves is a truly enjoyable little sleeper… so don’t let it slip by.” And was duly attributed to Dallas Morning News writer… Joe Layton.

I had to laugh out loud. And when I did, evidently, Donner thought it was OK to laugh as well.

We had a nice conversation — truth to tell, I think he was amused that anyone remembered Salt and Pepper — before I headed back to the paper. It was a Wednesday, the day we put the Sunday A&E section together, and I knew that, as usual, I would be working late. Indeed, this schedule was so routine that I was mildly surprised when my wife called around 9 pm to ask when I would be home. But she quickly explained her query: “Someone delivered a case of champagne for you. I saw it at the front door when I got home from work.”

Again: What the hell?

So I laughed and told Anne: “Well, open it up, put a bottle in the refrigerator, and we can drink up when I get home.” Somehow, I knew — I just knew — it was from Richard Donner. And sure enough, when I got home, I read the note that had been attached to the case: “Joe: Thanks again. Sorry again. Richard Donner.”

Postscript: I got to personally thank Donner for the bubbly years later during the junket for Conspiracy Theory (1997). He remembered. And we both had another laugh together. 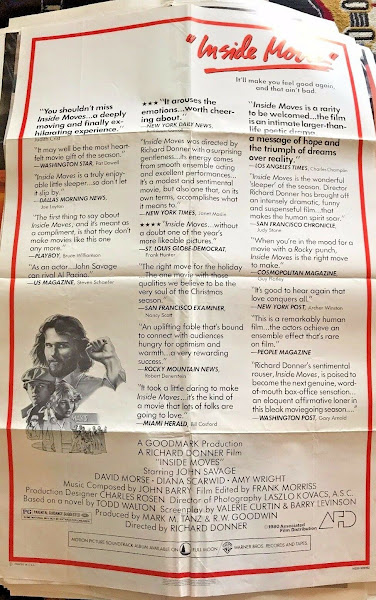