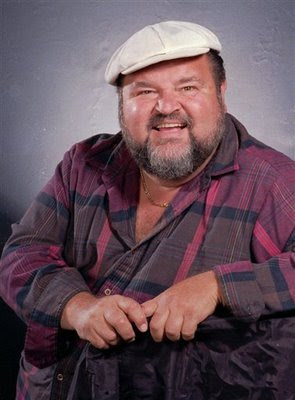 There are times in life when I think the only rational response to whatever fresh hell confronts me is to repeat Dom DeLuise's plaintive complaint in Mel Brooks' The Twelve Chairs -- "Oh, God! You're so strict!" DeLuise's trademark style of roly-poly rambunctiousness may have been too over the top for some tastes, but I defy anyone not to smile at his antics in Twelve Chairs and several other Brooks comedies, and in Hot Stuff, DeLuise's one and only effort as a feature film director, the sort of amiably amusing trifle that rarely appears at megaplexs these days. On the occasion of his passing, I hereby celebrate his life by offering this classic short in which man matches wits with machine, and loses. Trust me: I know the feeling.