To Patrick Swayze, thanks for everything 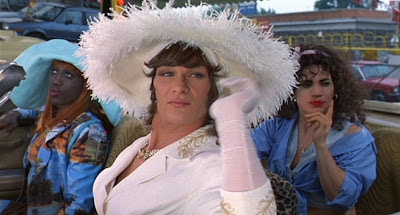 While combing through my archives, I found this interview I did with Patrick Swayze during the 1995 New York junket for To Wong Foo, Thanks for Everything, Julie Newmar. It was a movie, he admitted, for which he had to struggle to land an audition -- because, evidently, no one involved thought he was right for the part of Vida, a drag queen performer.

"Early on," Swayze said, "when I first heard about it, I couldn't even get a script for it. And my agent couldn't get me in (for an interview), and they wouldn't see me, because, you know, Patrick Swayze is terminally macho. It wasn't until the end, when they had exhausted all their other possibilities, that I got to go in."


And even then, Swayze wasn't allowed to see the script until a few hours before the audition. He read a few pages, saw that Vida has several long speeches, and immediately realized he didn't have time to properly prepare.

"So I told them, `Look, I can't do these words. So if this is a case where I have to do these words, forget it. But if you let me come in, I'll give you a half-hour monologue on my life as a drag queen, and see if I can turn into Vida while I watch her materialize in the mirror.'

Email ThisBlogThis!Share to TwitterShare to FacebookShare to Pinterest
Labels: "To Wong Foo, Julie Newmar", Patrick Swayze, Thanks for Everything