Matthew Modine is alive and well, but... 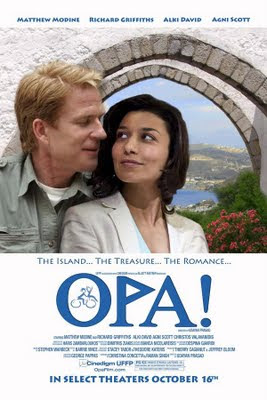 I’ve often thought that if you were to go back and look at Birdy, and had no idea whatsoever what later happened to and for its two stars, you’d probably think that Matthew Modine, not Nicolas Cage, was the one who went on to superstardom. (Mind you, that’s not meant as a slam at Cage – it’s just that, in Birdy, he came off as someone destined to make his mark as a world-class character actor in supporting roles.) As it turned out, however, Modine enjoyed only a relatively short run as an A-lister. Sure, he’s remained active as a utility player in TV-movies, episodic television and, occasionally, feature films. And he usually can be counted on for what I might describe in a Variety review as solid thesping and/or ace underplaying. But I have to admit: Modine is one of those actors (Paul Le Mat is another) whose career trajectories remind me of Chief Dan George’s words in Little Big Man: “Sometimes the magic works. Sometimes, it doesn't.”
All this melancholy musing has been inspired by the belated theatrical release of Opa! – a lightweight romantic comedy that I reviewed for Variety way back at the 2005 Toronto Film Festival. Modine stars in the movie as a buttoned-down American archaeologist who acquires a lust for life (among other things) during a dig on a scenic Greek isle, thanks to the ministrations of a vivacious young widowed mother (Agni Scott). Call it Zobette the Greek, and you won't be far off the mark.
Opa! is a perfectly respectable trifle – utterly predictable but mildly diverting – and it very likely will amuse those few ticketbuyers who stumble across it before it reaches cable and DVD. (Actually, I wouldn’t be surprised to see it offered in Redbox kiosks before Thanksgiving arrives.) But it’s not exactly an actor’s showcase. Indeed, Modine – who’s forced to wear a silly hat to indicate his character’s uptightness – is surprisingly bland in the lead role, even after the character’s supposed spiritual reawakening. I’m glad to see the guy is still making a living at his craft. And, hey, for all I know, he feels proud of this particular movie, and satisfied with his career as a whole. If so, good for him. But if there ever was an actor who would benefit from a comeback showcase courtesy of Quentin Tarantino, well…
Posted by Joe Leydon at 10/16/2009 12:16:00 PM