SXSW: Robert Duvall and A Night in Old Mexico 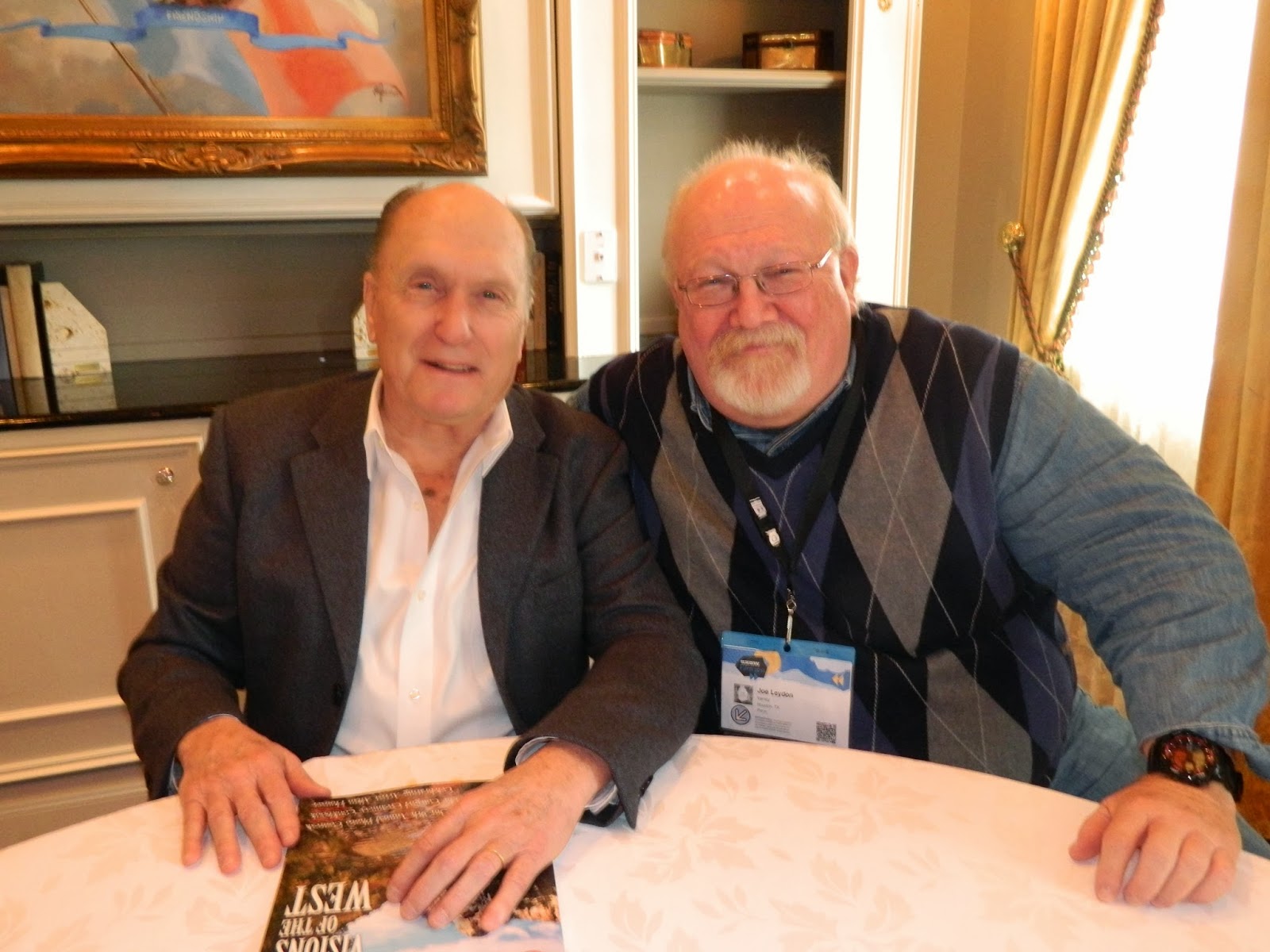 I'm really, really glad I liked A Night in Old Mexico, the engaging comedy-drama that had its North American premiere Monday at SXSW. And not just because the picture -- a Tex-Mex-flavored shaggy-dog story with a touch of Elmore Leonard to its twisty plot -- is a worthy star vehicle for the great Robert Duvall. Another good reason for my being happy: I was committed to doing an interview with Duvall for Cowboys & Indians magazine during the festival.

Granted, I chatted with the Oscar-winning screen icon a day before my Variety review appeared on line, at a time when, theoretically, he would not have known what I thought about his movie. And maybe, had I not found it up to snuff, I could have lied if he'd asked me point blank for my appraisal.

But here's the thing: I don't think it's possible to lie to this guy. As I have noted during previous encounters: He looks you right in the eye, and expects you to tell him the truth. And so you do. And if I had disliked A Night in Old Mexico -- that would have made for a very awkward interview. Indeed, I probably would have wimped out and called in sick or something. Look, it was very cold and rainy here in Austin last Saturday evening. I'm pretty sure I could have pulled it off if I'd picked up the phone Sunday morning and, while faking a coughing jag, told the publicist: "Gosh, I'm sorry, but I sure don't want Mr. Duvall to catch what I have..."

I can think of three or four times over the years when I actually have canceled interviews with actors or directors at film festivals after I saw their movies, and found them wanting. No, I'm not naming any names. But I will say this: In one case, the publicist practically begged me to reconsider -- because several other journalists had canceled their interviews with the director as well. I said I was sorry, but I was so sour on the director's movie that I feared I could not remain polite during any conversation I might have with this obviously untalented poseur.

That director went on to earn an Academy Award nomination, and win quite a few other prizes, for directing one of my favorite films. Go figure.

By the way: While standing in line for great barbecue this evening with some fellow Variety writers at Iron Works BBQ, I struck up a conversation with a young woman who's also attending SXSW this week. When she asked if I'd done anything exciting so far, I told her I'd interviewed Robert Duvall. Her reply: "Who's that?" I rattled off the titles of six or seven movies before she was able to connect the name with a face. And even then, she wasn't entirely sure she remembered "the napalm guy" from Apocalypse Now all that clearly. Oh, dear...

See, on the ditching the director thing, that's the kind of problem you have when you have integrity. I would've done the interview, blown smoke clean up his ass, and then ripped him a new one in the review. Guess that's one reason I never got a job like yours. ;-)