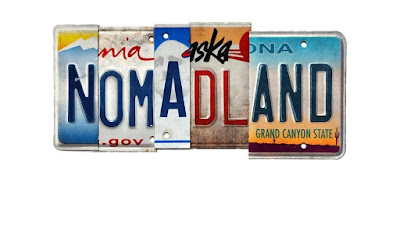 As a founding member of the Houston Film Critics Society, I am proud to say director Chloé Zhao’s Nomadland has been designated a multiple winner during final balloting for the 14th annual HFCS Awards. In addition to copping the Best Picture prize, Zhao’s artful mix of fact and fiction — inspired by the nonfiction bestseller of the same title by Jessica Bruder — earned top honors in the categories of Best Director and Best Cinematography (Joshua James Richards).

Searchlight Pictures currently plans to open Nomadland Jan. 29 in a limited number of IMAX locations nationwide, expand to more IMAX theaters over the next two weeks, and then add other theaters Feb. 19 with simultaneous streaming on Hulu.

Other HFCS winners include:

Best Actor in a Supporting Role: Leslie Odom Jr., One Night in Miami

“While 2020 may have seen changes in how we view movies,” HFCS President Doug Harris said Monday while announcing the organization’s awards, “the year should be remembered for the quality of those films that ultimately reached audiences. “It may have been a bit tougher to see some of these remarkable films, but the wait and the effort were worth it.  And that’s the message our Society members take to their listeners, viewers and readers.

“We look forward to further spotlighting all of our award winners,” Harris added, “during our first television broadcast on January 31, 4 p.m. CST, on Houston’s KUBE 57.  That programming will also celebrate our Texas Independent Film Award nominees and feature the announcement of the winners of our special honors for filmmaking in the state.”

This year’s nominees for the TIFF honor include Boys State, Miss Juneteenth, Ready or Not, The Vast of Night, and Yellow Rose.

The 40 members of the Houston Film Critics Society are working film journalists for television, radio, and online outlets, and in traditional print. Together, they reach millions of people each week across the United States with their critiques and commentaries on film. The organization’s mission is to promote the advancement and appreciation of film in the Houston community and beyond. For a list of members, visit the HFCS website.

And if you would like to cast a ballot of your own in this year’s awards race, remember: You can vote for the Fourth Annual Cowboys & Indians Magazine Movie Awards here. How do I know this? Because in my other life, I am a cowboy.

Thin-skinned old man with no sense of humour.