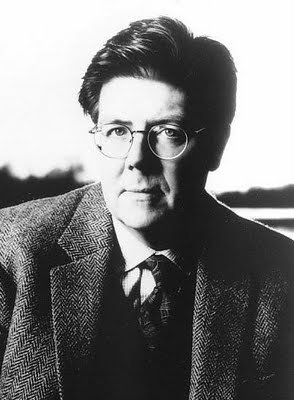 I can't say I was a big fan of John Hughes' Sixteen Candles and The Breakfast Club -- though, to be fair, I already was a decade or so past their target demographic even when they first appeared in theaters -- but I can't deny, and won't denigrate, the pop-culture impact and enduring popularity of those teen-centric "Brat Pack" comedies. Indeed, during the next few days, I fully expect to be reading a lot of deeply personal, achingly bittersweet obits written by Gen-Xers who came of age while watching those flicks multiple times in theaters, and viewing them again and again on cable and VHS throughout the '80s and early '90s.

For my own part, I'm truly bummed out that the guy who gave us the wonderfully droll Ferris Bueller's Day Off and the guilty-pleasurable Weird Science is no longer among us. But I smile as I remember a conversation I had with Hughes back in 1988 during the New York junket for his under-rated She's Having a Baby. After some gentle prodding, he admitted that, yes, the movie was partly autobiographical -- in spirit, if not in fact -- and that, sure, he was kinda-sorta using actor Kevin Bacon as his on-screen alter ego, just as Francois Truffaut used Jean-Pierre Leaud to represent himself in the Antoine Doinel movies (especially Stolen Kisses and Bed and Board). Which makes me wonder about untaken roads and might-have-beens. Hughes direted only two other movies after Baby -- Uncle Buck and Curly Sue -- though he continued to remain active as a scriptwriter. (You may have heard about one of the movies he wrote -- a little comedy called Home Alone.) But if Baby had been a hit, would Hughes have continued directing movies in that vein? Would he have continued directing, period?
BTW: Hughes suffered his fatal heart attack at age 59. In two weeks, I will be 57. Yikes.
Posted by Joe Leydon at 8/06/2009 04:18:00 PM