Take 59: My year of remedial movie-watching is about to start 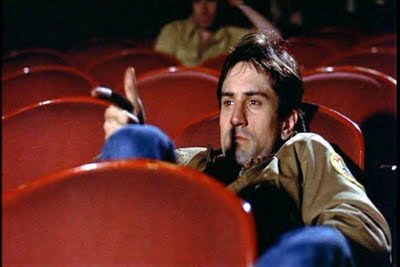 On Monday, Aug. 22, I turn 59. Which means that, if there's anything I want to accomplish while I'm still in my 50s -- I have only 52 weeks left to cross it off my to-do list. And there's the rub: Even though I have spent a goodly portion of my life writing about films, interviewing film actors and filmmakers, and teaching college-level film studies courses, and hope to continue doing so until I'm even deeper into my dotage, there are many noteworthy movies -- some classic, some not -- that I have not seen. Yet.

I’m likely going to embarrass myself, and get a fair amount of heckling, when I fess up and name the names of classics that I've missed up until now. Because, mind you, I'm not talking about movies I saw decades ago at on-campus screenings, or watched on late-night TV, or viewed at the Gentilly-Orleans art house in New Orleans way back in the day, but can't recall very clearly, if at all. Much to my chagrin, I've never -- ever -- seen Intolerance

. Or Out of the Past

. (OK, maybe that's not really a classic, but still....) Or The Lady from Shanghai

In the course of my Take 59 project, I plan to catch up with all of those films. But I also want to include some non-classics in the mix -- movies I've always heard about and meant to see, but for various reasons always managed to miss. (Until now.) Especially some '60s and '70s films. Like, I've never seen Roger Corman's The Trip

. Or Richard Lester's How I Won the War

(which many folks actually consider to be a classic -- and many others don't).  Or Christian Nyby's Operation C.I.A.

(with Burt Reynolds fighting the Viet Cong -- in 1965). Or Robert Mulligan's The Pursuit of Happiness (which, as far as I can tell, has nothing whatsoever to do with the similarly titled drama starring Will Smith).

And here's the beauty part: I already have DVDs (or, in a few cases, Blu-Rays) of these and many other movies I've never seen before. Hell, they're all still shrink-wrapped, stacked on a closet shelf dedicated to films I've always intended to see... someday.

Joe, I am shocked -- shocked, I say -- to hear that you haven't already seen everything ever made! But...does this mean that we can actually (GASP!) SUGGEST certain films for you to watch?!?

Good for you Joe! Having hit the 71 mark myself, there are still many, many films I have not seen that I should have ... Perhaps if I ever decide to retire one day, I may embark on a similar odyssey ... I may even wish to borrow some of your DVDs . However, I am very surprised at one comment you made, and it worries me a little bit. You say that you have never seen OUT OF THE PAST .... Shame on you, Joe! I will be very interested in your take on this one ... Especially the scene where Jane Greer enters the cantina to meet Robert Mitchum for the first time ... I fall in love every time I see this ... Forget the obscure, elitist foreign films that seem to attract the young film scholars ... Instead go get some Randolph Scott, Joel McRae , and even Roy Rogers and Gene Autry films ( I was partial to the obscure Charles Starrett .. “The Durango Kid” myself), just to refresh your memories of those Saturday matinees. Also add some The Falcon, Bowery Boys, Francis, and Blondie films ... These long running series should be required viewing for any worthwhile journey through film. Also, if you want to share some of these experiences, I will bring the popcorn!

Joe, you never cease to amaze me. To come clean with such a confession at the still young age of 58 is truely impressive. Good luck, I'm looking forward to your every word.

If you haven't enjoyed the following you may wish to add them to your list.

Joe, it's Take 59, not Take 52. You need to double up for seven weeks! (Double-bills of short B-movies will do the trick.)

Good luck with this project-might consider doing something like this myself when I turn 54 next January.

What a really cool idea, you may need to increase the amount of films per week though. There may be more then 52 great films that you haven't seen. What film did you start with?