Yearning to ride the Marrakech Express 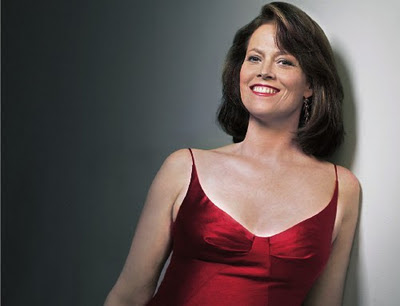 Just received an e-mailed press release for the 11th annual Marrakech International Film Festival, and all I can say is: Dear Lord, is there some way I can scam an invite to this event? What if I started praying now?

I mean, consider: A chance to visit an exotic country. Scads of intriguing movies on the agenda -- and a Tribute to Mexican Cinema, which would certainly help me fill gaps in my woefully incomplete knowledge of that country's film history. An opportunity to again chat with filmmaker Emir Kusturica, whom I haven't seen since I interviewed him after his When Father Was Away On Business won the top prize at the 1985 Cannes Film Festival. And.. and.. well, OK, I'll say it: Sigourney Weaver. Cowabunga. As ubiquitous blog commentator LexG might say: "Just look at her!"

Of course, I'd probably have to learn French before I went there. But, hey, while I'm praying for that invite, I could also ask for a Berlitz course...

Actually, the lovely and talented Ms. Weaver isn't the only reason why I'd want to crash this party. Seriously: Several years ago, I was offered an all-expenses-paid trip to Morocco to attend an event -- organized by no less a notable than the country's King Hassan II --  to celebrate the restoration of Orson Welles' Othello (which Welles had filmed off and on over a three-year period decades earlier in and around Morocco). It was a very tempting invitation -- especially since, because I'd be expected to take part in panel discussion and other activities, I wouldn't be impeded by the no-freebies-allowed policy of The Houston Post, where I was working at the time. (Actually, I found that policy to be rather porous -- but that's a topic for another posting.)

There was only one problem: The event would take place on the weekend of my son's birthday. And, mind you, this was way back when my son was young enough to really want his old man to be around to help celebrate his birthday.

Now, I won't lie: When I say I was tempted, I was sorely tempted. But in the end, much to the amazement of the U.S. publicist who was handling the invites, I had to pass. Of course, not every father can (truthfully) tell his child: "A king invited me to a big party, but I had to tell him no because I wanted to be here for your birthday instead." And, sure enough, I did earn some major Daddy Points from my dazzled young'un.


Of course, by the time my son reached his late teens, he felt compelled to appear a great deal less impressed, if not downright scornful, about all of this. When I reminded him about the incident near his 21st birthday, he replied: "Damn, dad, you should've gone! I would have!" But he smiled while he said that. And I smiled while I listened.

And now that I've shamelessly exploited my own child to entertain readers with a sentimental anecdote, I can't help thinking: Well, OK, his birthday has already come and gone, so maybe this time...?
Posted by Joe Leydon at 10/19/2011 03:28:00 PM