Now that Rev. Sun Myung Moon is gone, will we finally get Inchon on DVD? 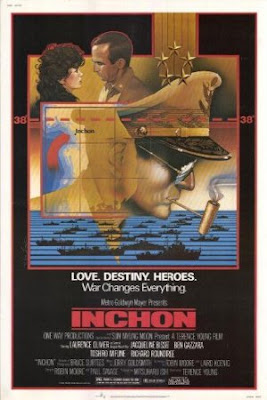 With all due respect to the late newspaper mogul and Unification Church leader: Does the passing of  Rev. Sun Myung Moon mean we'll finally get to see the long-delayed DVD release of Inchon, the epic 1982 embarrassment that Moon co-financed, barely distributed -- and then withdrew from release 30 years ago?

(And before anyone asks: Yes, I saw it back in the day -- even wrote about it for The Houston Post, though I'm afraid I can't link to my review -- and, yes, it really was that bad.)

Mind you, I am not going to settle for some slapdash, half-assed release of the version that fleetingly appeared in theaters three decades ago. No, I want the full monty, the original cut of the ill-starred Korean War drama prepared by director Terence Young. (Yes, that Terence Young, the same filmmaker who directed Dr. No and From Russia With Love, the first two James Bond movies.) Not only do I want a special-feature documentary that will explain why Laurence Olivier chose to play Gen. Douglas MacArthur with the mannerisms and makeup of an aging drag queen. I want to see all that footage of the late, great David Janssen as a supporting character -- footage that, according to Hollywood legend, was deleted before Inchon hit theaters so that audiences couldn't tell how long the flick had remained on the shelf after shooting concluded. (Janssen died in 1980.)

Come to think of it, I also want to see the deleted footage of Rex Red -- yes, that Rex Reed -- who reportedly played an itinerant music critic pressed into service as a war correspondent after North Korean soldiers inconveniently move past the 38th Parallel in 1950. Again according to Hollywood legend, Reed was so embarrassed by the movie that he asked to be left on the cutting-room floor. Personally, I find this harder to believe than the Janssen story -- after all, we are talking about Rex Reed, the same dude who co-starred in Myra Breckenridge, and never asked to be deleted from that fiasco -- but who cares? If the footage still exists, let's dredge it up for the DVD. And the Blu-Ray, too, of course.

Mind you, not everyone was ashamed of his involvement in this legendary folly.

Back in 1989, while interviewing Ben Gazzara during the New York junket for Road House -- a movie that looks like freakin' Citizen Kane when compared to Inchon -- I delicately raised the issue of his earning an easy paycheck for appearing in Moon's mega-flop as a US Marine major who takes time out from cheating on his wife (Jacqueline Bisset) with a young South Korean cutie (Karen Kahn) to warn the folks in Seoul about the oncoming North Korean invasion. I half-expected Gazzara to defend his work in this debacle by insisting he did it only so he could afford to keep making no-budget indies with his buddy John Cassavetes. To his credit, though, Gazzara didn't take that easy route. Rather, he laughed heartily, and said, in effect, he wasn't the only whore working in that bordello.

"We didn't know there was Moonie money behind the film until we were six weeks into production,'' Gazzara said. “Actually, though, I guess it must have been fate that I be in that movie. I turned it down three times, until the producer told me Laurence Olivier was gonna be in it, playing Gen. Douglas MacArthur. And I thought to myself, ‘Well, why am I being such a purist? If Olivier's in it, why can't I?’

“And when we were filming, I met my wife, Elke. She's from Germany, and she was working as a model (in Korea) at the time. We've been together ever since.” 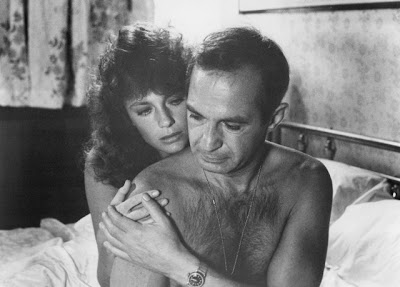