Hail and farewell to André Previn 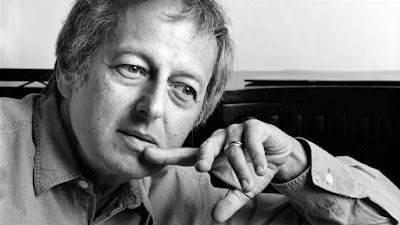 As the New York Times duly notes, André Previn "wrote or arranged the music for several dozen movies and was the only person in the history of the Academy Awards to receive three nominations in one year (1961, for the scores for Elmer Gantry and Bells Are Ringing and the song “Faraway Part of Town” from the comedy Pepe)." The multitalented composer-conductor and bon vivant -- who died Thursday at age 89 -- also collected Oscars for scoring Gigi (1959), Porgy and Bess (1960), Irma La Douce (1964) and My Fair Lady (1965). He did not write famous songs like ‘Summertime’ and ‘I Could Have Danced All Night’ — he arranged and orchestrated them, creating the versions heard on the soundtracks."

Lest we forget: He also composed the score (or at least that part of it that wasn't composed by Tchaikovsky) for Ken Russell's deliriously unhinged The Music Lovers, a film that played off and on for nearly two years at the Gentilly-Orleans, my favorite New Orleans art house during my college years. And, yeah, there was that Mia Farrow connection.
Posted by Joe Leydon at 2/28/2019 01:06:00 PM