The enduring fascination of a Nazi-era blockbuster 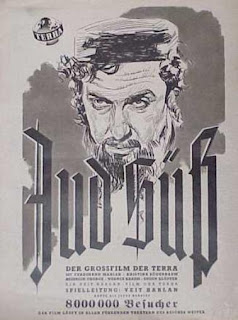 aroused your curiosity about what sort of films really got made under Joseph Goebbels' watchful eye during the heyday of the Third Reich, take a gander at this fascinating New York Times article tied to the New York premiere of Felix Moeller's Harlan: In the Shadow of Jew Süss -- a critically acclaimed documentary about German filmmaker Veit Harlan and his production of Jew Süss

, the notoriously anti-Semitic 1940 melodrama that was a box-office smash in Nazi-era Germany.

Moeller's goal, Larry Rohter writes in the NYT piece, was to offer an accurate portrayal of German movies – and movie audiences – during the Hitler regime. “Though most people think of Leni Riefenstahl as the leading filmmaker of the Nazi era, because of the renown of Triumph of the Will

, that was not actually the case,” Rohter notes.

“‘If you want to understand the movies that people actually paid to go and see, Veit Harlan is the one,’ said Linda Schulte-Sasse, the author of Entertaining the Third Reich: Illusions of Wholeness in Nazi Cinema

and a professor at Macalester College in Minnesota. ‘He was the Steven Spielberg or James Cameron of his era, and so you have to imagine Jew Süss as a movie with Meryl Streep, Jack Nicholson and Brad Pitt.’”

Moeller’s documentary, it should be noted, is by no means the final word on the subject: Depending on the venturesomeness of festival programmers and film distributors in this country, U.S. audiences may soon have a chance to see yet another movie about Harlan and his inglorious blockbuster.
Posted by Joe Leydon at 3/02/2010 01:01:00 PM