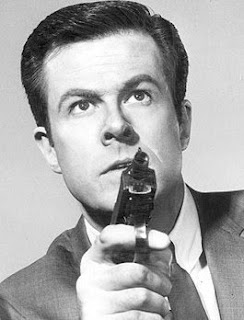 Unless you actually lived during the ‘60s, you may never fully appreciate what a groundbreaking TV series I Spy

really was. For the first time in a weekly dramatic series on US television, a white man and a Negro (to use the parlance of the times) worked together as equals – mutually respectful, to be sure, but  also swapping snappy one-liners and affectionate insults while going about deadly serious business.  The truly amazing thing about the show – surprising at the time, but even more startling in retrospect – was the matter-of-fact pairing of the lead characters played by Robert Culp and Bill Cosby. Indeed, there were almost never any references to the fact that Culp’s Kelly Robinson was Caucasian and Cosby’s Alexander Scott wasn’t.

On more than one occasion, Cosby (whose popular ‘80s sitcom proved to be another kind of groundbreaker) has credited Culp, then a more established actor, with not just accepting but encouraging the equal-opportunity apportionment of on-screen time – which, of course, helped launch Cosby (who, prior to I Spy, was known primarily as a stand-up comic) as a multi-media superstar.

Culp, who passed away Wednesday at age 79, wasn’t quite so lucky. He played one of the title roles in Paul Mazursky’s Bob & Carol & Ted & Alice

(1972), a stylishly hardboiled private-eye caper  (written by Walter Hill) that he also directed. But the latter movie never found the audience it deserved, and the former failed to give him any traction as an A-list film actor. Culp went on to give memorable performances in two exceptional TV-movies – as a suburbanite forced into vigilantism while dealing with rampaging teens and their permissive parents in Outrage (1973), and a cynical radio talk-show host who desperately launches a search for a suicidal caller in A Cry for Help (1975) – and found gainful employment in episodic television (most notably, as a supporting player in The Greatest American Hero

) throughout much of the next three decades. But he never loomed larger in our collective pop-culture consciousness than he did from 1965 to 1968, while he and Cosby were making TV history as globetrotting spies who were too damn cool to even glancingly acknowledge anything so uncool as a racial divide.
Posted by Joe Leydon at 3/24/2010 06:03:00 PM