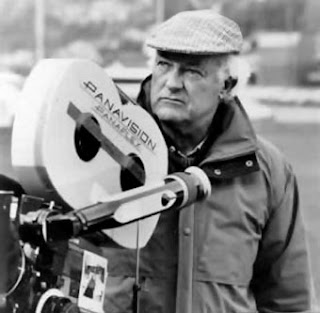 Sometimes all it takes is one film to ensure a filmmaker a fair shot at immortality.

Peter Yates, the British producer/director who passed away this past weekend at age 82, earned four Oscar nominations over the course of a career that spanned five decades. Even if you don't recognize his name, it's possible you've enjoyed some of his movies: The Hot Rock

(1973), a memorably earthy and gritty Boston crime drama -- starring Robert Mitchum and Peter Boyle -- that has influenced Bean Town films noir as diverse as Monument Ave. and The Town

But the title that looms largest on Yates' resume is Bullitt

, the 1968 thriller in which Steve McQueen established the gold standard for sub-zero-cool maverick cops, and a thrillingly sustained car chase up and down the streets of San Francisco set the bar for high-speed, slam-bang action sequences. The latter is so indelibly exciting that it's easy to overlook or forget Yates' subtler storytelling touches: Bullitt is so obsessed with his job that little else in his life really matters --  note how he casually stocks up on frozen dinners without bothering to see precisely what he's purchasing -- and such a self-assured professional that he doesn't need to draw his gun until the movie's final minutes. Even if Yates had never made another movie, he'd still merit at least a footnote in pop-culture history for this one.
Posted by Joe Leydon at 1/10/2011 02:28:00 AM