Hey, kids! Want to know what Rush Limbaugh and Bill O'Reilly will be frothing about tomorrow? 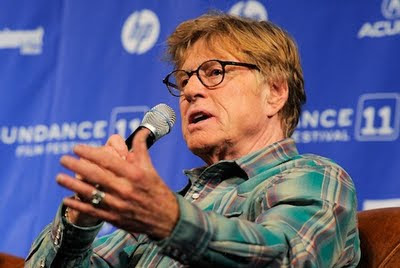 Robert Redford has announced plans to direct and star in The Company You Keep, which Variety describes as "a political action thriller" about "a former Weather Underground militant wanted by the FBI for 30 years who must go on the run when a young, ambitious reporter exposes his true identity." (Shia LaBeouf is set to play the reporter.) Er, with all due respect, Mr. Redford: Don't you remember all the grief Barack Obama got when he got tied to a Weather Underground alumnus? No? Well, I strongly suspect you're about to reminded. Very soon.
Posted by Joe Leydon at 7/19/2011 04:13:00 PM