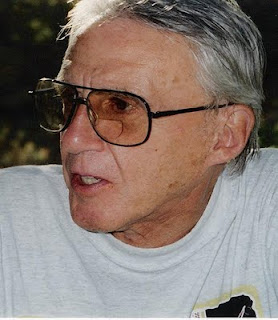 While trolling the obituaries in Variety yesterday – don’t ask why, you don’t want to know – I was surprised to find a piece on Canadian-born filmmaker Silvio Narizzano. Surprised, that is, because this was the first mention I’d read of the guy’s death, even though he’d passed away on July 26, and the obit had posted on Variety.com Aug. 8. And as I Googled his name, to read what others had to say, my surprise gave way to amazement because, except for this respectful appreciation in The Australian, and this article in the Guardian, I really couldn’t find much else anywhere. Seriously: No other obit of any substance, not even in The New York Times or Los Angeles Times.

And why, you might ask, would I have expected otherwise?

Well, to be honest, I would have anticipated at least a fleeting mention of Narizzano’s death in a few movie blogs because he directed Tallulah Bankhead (in her final screen performance) and a very young Donald Sutherland in Die! Die! My Darling!

(1965), arguably the campiest of all those high-camp ‘60s gothic thrillers that provided gainful employment for aging screen queens (a subgenre spawned by the classic Bette Davis-Joan Crawford matchup in 1962’s What Ever Happened to Baby Jane?

(1968), his legendarily ill-conceived Western starring Terence Stamp – yes, that Terence Stamp – as a moody young gringo who was raised by Mexican bandits and befriended by Texas settlers, but inexplicably spoke with a thick British accent that made him sound like… like… well, like Terence Stamp.

Just how bad was Blue? Well, let me put it this way: The film was produced by Paramount back in the day when Robert Evans and Peter Bart lit most of the green lights. When I recently interviewed Bart about Infamous Players: A Tale of Movies, The Mob (and Sex)

, his hugely entertaining account of his Paramount misadventures, I noted, only half-jokingly: “I’m probably the only interviewer you’ll meet while promoting this book who actually paid first-run admission to see Blue.” Bart, not even a quarter-jokingly, replied: “I guess I should apologize to you for that.”

But seriously folks: The real reason I was surprised by the dearth of obits for Silvio Narizzano is another movie that looms large on his resume. An era-defining film that launched a few notable careers, earned a few major Oscar nominations, helped kick off the ‘60s cycle of seriocomic flicks about Swinging England, and introduced an irresistibly bouncy title song that, to this day, remains a staple of Golden Oldie radio stations: Georgy Girl


Yes, this Georgy Girl – the affectingly bittersweet comedy-drama starring Alan Bates, Charlotte Rampling, James Mason and, in the title role, the late, great Lynn Redgrave. Not a masterwork, perhaps, and not the kind of film that people under 30 often are exposed to. I can’t say it’s even discussed much by serious cineastes anymore, or screened at all in college film studies courses. But, trust me, for those of us who were the right age to see it way back during its original theatrical run – well, whenever someone or something reminds you about it, you remember it very fondly.

Looking back at Narizzano’s resume, it’s painfully obvious that whatever career momentum he gained from Georgy Girl – which netted him a DGA Award nomination – was dissipated by the train wreck that was Blue. (Another problem: He reportedly had a lifelong problem with depression.) He continued to work off and on in movies and TV until the ‘90s, accumulating a few respectable credits here and there – including filmizations of Loot

And yet: Despite all that, despite the obscurity that had enveloped Narizzano long before his death, the general lack of attention paid that death is, as I’ve said, surprising. And, yes, a little sad. I’ve often claimed that, sometimes, all it takes is one classic film for a filmmaker to achieve a kind of immortality. On other occasions, however, it appears that really isn’t enough.
Posted by Joe Leydon at 8/21/2011 02:28:00 AM

"While trolling the obituaries in Variety yesterday – don’t ask why, you don’t want to know..."

Let me guess: Your hangover from partying the night before was so bad, you were checking to be sure you were still alive.

Hey, we all have to pay the rent. Ever see Phobia, the Canadian flick John Huston made back in 1980 to prove he was sufficiently recovered from heart problems to still direct? Grim. I saw it once on HBO -- and I think it subsequently vanished from the face of the earth.