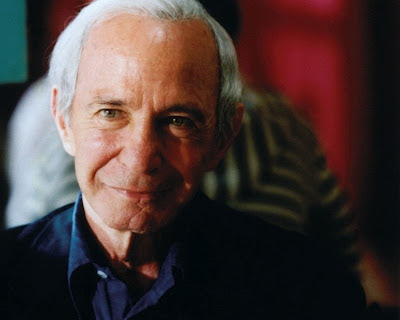 Actor Ben Gazzara -- who passed away Friday at age 81 -- could proudly point to a resume that included roles in such notable films as Anatomy of a Murder, Saint Jack, They All Laughed, Capone -- in which he played the title role opposite, no kidding, Sylvester Stallone's Frank Nitti -- and The Big Lebowksi. But, hey, let's face it: If you're of a certain age, you'll always remember him best as an adventurous libertine who's determined to make every minute count after being diagnosed with a fatal illness in the 1965-68 TV series Run for Your Life. And if you're a tad younger: He'll always be the bad guy who dared to tangle with Patrick Swayze in the 1989 guilty pleasure Road House.

I had the pleasure to interview him back in the day during a New York press gathering for the latter. (The first junket, I should note, where I received a CD -- not a audiotape, but a CD -- of the movie soundtrack as part of the junket swag.) He seemed amused when I told him about my fond childhood memories of Arrest and Trial, a 1963-64 90-minute weekly series with a format that, unbeknownst to either of us in '89, would later be more successfully employed in a 60-minute weekly series titled Law & Order.

And he smiled proudly when I told him of my enduring admiration for his collaborations with the late, great John Cassavetes.
Posted by Joe Leydon at 2/03/2012 10:40:00 PM

I enjoyed reading your interview with him...and you were right: He really did have pinchable cheeks.
He also had a lot of talent.
R.I.P., Mr. Gazzara.