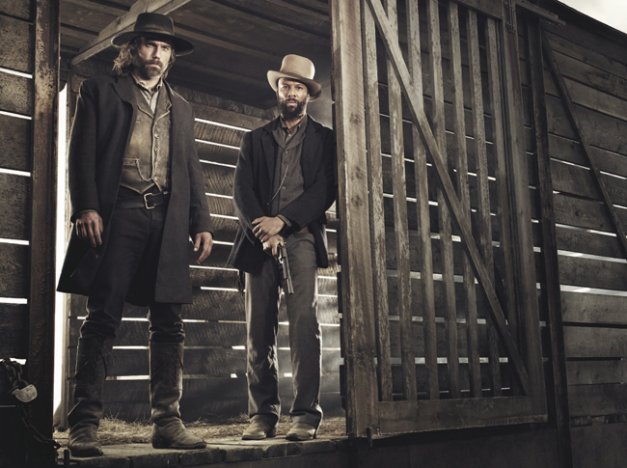 For all you Joe Leydon completists out there -- all three or four of you -- here's what I was up to this week:

Springsteen & I -- My interview with the director of the "crowd-sourced rockumentary," which will be back in theaters Tuesday.

Joe Leydon: Badass Critic -- I have a new title, thanks to the people who made Bad Kids Go to Hell.

Hell on Wheels -- Anson Mount and Common (above) are back in the saddle again.

The World's End -- I previewed the new Edgar Wright film -- but I couldn't say anything about it.

QFest -- They're here, they're queer, and they're screening all over the Greater Metropolitan Houston area.

The Attack -- Director Ziad Doueiri talks about the Arab League ban of his film -- and considers the subversive potential of bootleg DVDs.

Swoopes -- I talk to a couple of hot babes -- WNBA legend Sheryl Swoopes and ESPN host/correspondent Hannah Storm -- about the movie they made together.