Talking with Paul Walker about Hours 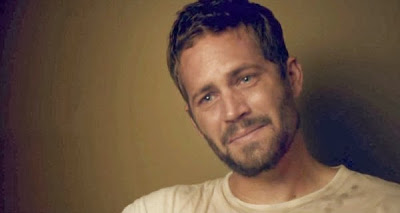 Chalk it up as a tragic irony of an untimely demise: At the time he was killed Saturday in a Los Angeles auto mishap at the ridiculously young age of 40, Paul Walker was less than two weeks away from seeing how movie audiences and VOD viewers would respond to what arguably was the finest performance of his career up to that point, as a desperate father who triumphs over death.

In Hours, writer-director Eric Heisserer’s suspenseful indie drama, Walker plays Nolan Hayes, a loving husband who rushes his pregnant wife to a New Orleans hospital just before sunrise on Aug. 29, 2005 – just as Hurricane Katrina begins its brutal assault on the Crescent City. Unfortunately, Nolan’s wife dies during childbirth. Even more unfortunately, his prematurely born daughter must remain inside a ventilator for at least 48 hours.

The New Orleans levees break, the city streets are flooded, the hospital is evacuated – but Nolan must remain behind, alone with his infant offspring, because the ventilator cannot be moved. And when the power goes out, the increasingly anxious father must maintain constant vigilance – because the hand-cranked back-up battery for the ventilator works for, at best, three minutes between crankings.

As I wrote in Variety after the drama’s SXSW Film Festival premiere last March: “Hours is practically a one-man show, with Walker alone on camera for lengthy stretches as Nolan passes time talking to his baby, or himself, and dashing hither and yon between battery-cranks while on beat-the-clock explorations and supply runs.” Walker “capably and compellingly rises to the demands of the role,” and “gracefully balances the drama on his shoulders.”
Please don’t misunderstand: I’m not one of those snobs who dismiss the guilty-pleasure appeal of Walker’s full-throttle action-heroics in the Fast & Furious franchise. (Although I must admit: I enjoyed his work just as much, if not more, in a genre movie of a scarier kind, John Dahl’s Joy Ride.) It’s just that, in Hours, I saw him doing things -- and expressing emotions – that indicated he also was fully capable of more challenging roles in more complex movies.

And when I spoke to him at SXSW last March, I got the distinct impression that he, too, knew he’d taken full advantage of a showcase for his heretofore underutilized talents.

You can judge for yourself when Hours is available in limited theatrical runs and as VOD fare starting Dec. 13. In the meantime, here is some of what Paul Walker had to say about the movie – and his work in it – during our conversation.
How much responsibility did you feel toward the people of New Orleans – the people who had endured the devastation of Hurricane Katrina – while making Hours in their city?

Prior to getting to New Orleans, [Eric Heisserer] told me that our ace in the hole was the fact that a lot of the people on the crew, because we were filming in New Orleans, had a very personal connection to this. So we had built-in accountability – like, the accountability police. There had been some other Katrina projects that had come up. But this one, when they read it, the locals felt a real connection. And when I got there, I saw this consistently. Everybody was there because they really wanted to be there. They felt like they had a connection to the story.

Were you at all intimidated by the challenge of doing a movie in which, for long periods, you’re the only person the audience sees or hears?

Well, I read [the script], and it felt very truthful, very pure to me. And I liked the idea of just telling the truth. But it was intimidating, because I knew that it was completely on me. Because the story itself, it was there. And now it’s my responsibility to show up and deliver every moment of it. I mean, I felt it when I read it. But does that mean that I can actually do it? I’d never really taken on a challenge like that before.

So how did Eric Heisserer convince you that you could trust him – and trust yourself – if you accepted that challenge?

Part of it was – and you’re not going to hear this from Eric – his due diligence. We had our first pow-wow, and then I found out, “OK, cool, he actually wants me to do the film with him.” And I was excited. And then we had meetings at his house once a week, for about four or five weeks there, just to rap and have a better sense about what’s going on. He really wanted to establish a shorthand, seeing as we were up against [an 18-day shooting schedule]. He wanted to know what triggers would work.

And what I realized is that his preparedness… [Laughs] If it’s possible for someone to be over-prepared, Eric was over-prepared on this one. I was like, “Holy shit! Has this guy done his homework, or what?”

But I’ve got to tell you: Going into it, I felt like I had that in my pocket. I was like, “The guy that’s captaining this ship has done his homework. He’s really done his homework.” And that allows you to just step in and say, “OK, I’ve just got to worry about what I do.”

In a way, you caught a break by being able to shoot in an actual New Orleans hospital that had been closed since it was damaged during the Katrina flooding. Not to sound crass, but it’s almost like you got an extra $1 million for your production budget.

Yeah, but we probably had to spend something like a million and a half on the clean-up of the rust and the funk and the mold. On the ground floors, where basically the water sat and stagnated for periods of time – we had crews that had to go in and remove sheetrock, drywall, wood. There was a lot of work, just to make it sanitary. But it definitely played into what we were doing because – I don’t know, it just felt like death there. It really did.

How much did you draw upon your real-life relationship with your own daughter while playing Nolan Hayes? Because speaking as a father myself, I have to say: The plot of this movie is every parent’s worst nightmare.

Well, I grew up in a military background, everyone in my family. My dad’s a solider to the max. And my grandfathers before him, on both sides. So for me, while I was growing up, we were always posing these hypothetical situations. Something like, OK, you’re at an ATM machine late at night, and someone puts a gun to the back of your head. What do you do? Or there’s an earthquake, and you’re trapped inside. That was just the way I grew up.

So it’s fun to go through it hypothetically and process it. You want to believe that you’re man enough, and you’re going to be able to realize whatever needs to be realized in order to save yourself and save the others around you that are near and dear to you.

But the fact that I have a daughter now -- I wouldn’t say that I was pulling from that consciously. But that’s just who I am now. That’s just my reality. It’s there.

And you think that allowed you go deeper inside yourself than maybe you might have before?

I think I’ve always had the capacity to go there. I don’t want to say that I’m a sensitive person. But maybe that’s what it is. And I think here it was amplified by the fact that, yeah, I do have a little girl.

But what I really liked about it, and what I didn’t realize until the end of this movie, what I learned about myself, is that in living every bit of it and being truthful the whole time – in the end, Nolan’s victory was my victory. There’s no separation. That’s what was incredible. When the baby was put in my arms, that’s real emotion I’m showing. It’s like I’ve been through this whole rollercoaster ride. And you know what? I kicked its ass. And I didn’t know it could be like that, to be honest throughout.

Were there ever days when you dreaded going to work? Days when you looked at the call sheet and thought, “Gee, can’t they get a stunt person to do that ?”

Oh, whenever I saw that, I was like, “Oh, cool!” Because the physical challenge is always fun for me. I know I don’t fail there. But what was so intimidating for me, what I was so possessed by, was, like I say, having to tell the truth every day. I was so preoccupied, and thinking: “Oh my God! Just live it! Live it!”

A great post about a sad situation. Thanks. I'll be sure to check it out when it comes out....Always thought he was underrated after seeing Running Scared.