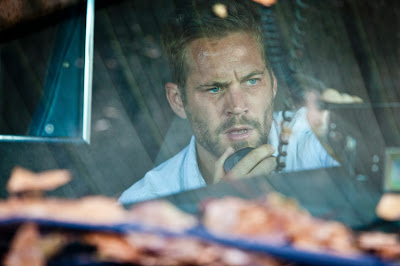 Hours will be be available in limited theatrical release and as VOD fare starting Friday, nine months after its world premiere at Austin's SXSW Film Festival -- and scarcely two weeks after Paul Walker's death at age 40 in an L.A. auto mishap.

As I have noted before, his passing seems all the more heart-rending because of its spectacularly bad timing, coming before Walker could measure the response to his career-best performance as an anxious New Orleans father desperately trying to keep his prematurely born daughter alive in the wake of Hurricane Katrina. Hours writer-director Eric Heisserer alluded to this terrible twist of fate when he told CNN this week:

"[T]he truth of it is, I'm angry. And I've been angry about this for a while. This movie was a real turning point for Paul. He had gushed to me about the new offers he was getting from people who'd seen his performance in Hours, and his career was finally going in a direction that he was excited about for the first time in many years. I told him at the time that that's what this movie was, that I was just warming him up for bigger and better things. It was a springboard...

"So the fact that this is his swan song, it, I don't know -- it makes me mad. He doesn't get to benefit from all this hard work now."