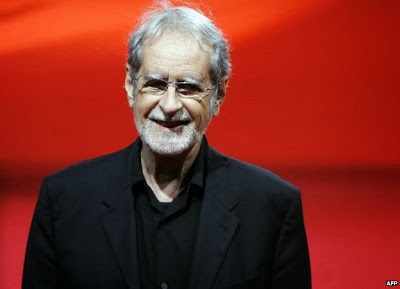 Sometimes, all you have to do is direct one film -- one singular film -- to guarantee your shot at immortality.

Chances are good you've never seen (or even heard about) French filmmaker Edouard Molinaro's only Hollywood-produced effort -- Just the Way You Are, a slight but likable 1984 dramedy best remembered (by the few who remember it at all) as a highlight of Kristy McNichol's short-lived movie career. And it's extremely likely you've never seen most of the many movies he directed in his homeland.

But even if you're the type of moviegoer who avoids subtitles as avidly as Superman keeps his distance from Kryptonite, you've surely heard of, and have likely enjoyed, his all-time most successful French flick: La Cage aux Folles, the enormously popular 1978 international hit that spawned two sequels, a Broadway musical, and a high-grossing Hollywood remake.

Molinaro's La Cage is emblematic of a time in US art-house history when a savvy distributor (in this case, United Artists Classics) might be able to keep a movie planted in theaters long enough to slowly but steadily build a crossover audience, and possibly turn a popular entertainment into a full-fledged pop-culture phenomenon. Indeed, in Houston, La Cage ran long enough at the now-shuttered Greenway 3 Theatre -- the better part of a year, actually -- to build an audience loyal enough to keep coming back to that venue for more alt-film fare for 20-plus years.

Not incidentally, La Cage aux Folles did its bit to make straight moviegoers less uncomfortable with the concept of same-sex marriage, decades before many of those moviegoers were able to accept such unions in real life. Which, of course, is another good reason to pay due respect to Edourad Molinaro, who passed away Saturday at age 85. Many better-known directors have left behind less significant legacies.
Posted by Joe Leydon at 12/07/2013 04:57:00 PM