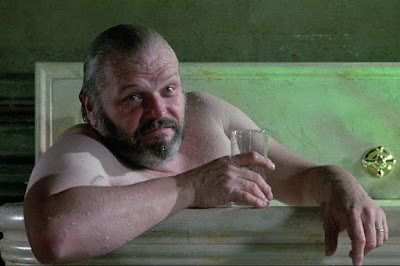 I once joked with Brian Dennehy that we had him to blame for the whole Rambo franchise. After all, if his small-town lawman hadn’t pushed Sylvester Stallone’s troubled Vietnam vet to the brink during the original First Blood (1982), John Rambo wouldn’t have gone on the rampage in the first place.

“Yeah,” Dennehy responded with a wolfish grin, “they’ll probably wind up putting that on my tombstone: ‘He Pushed John Rambo Too Far!’”

But, then again, maybe not. By the time of his passing Wednesday evening at age 81 — a good 30 years after we shared that exchange at the New York press junket for Presumed Innocent — Dennehy had amassed an amazing number of impressively diverse stage and screen credits, most of them dutifully noted in my Variety colleague Carmel Dagan’s obituary tribute. To put it simple and gratefully: He was too prolific and prodigious to ever be name-checked for a single role.

The first time I spoke with the late, great actor was at the 1987 Cannes Film Festival, shortly after the world premiere of Peter Greenaway’s The Belly of an Architect. I am posting this interview, which originally appeared in a slightly different form in The Houston Post several weeks before that movie’s U.S. release, not because of his extraordinary performance in that drama, but rather because of what Dennehy revealed about what acting meant to him. I’d be willing to bet he always had that same fire burning inside him.

Brian Dennehy, character actor extraordinaire, currently can be seen as a part-time author and full-time cop in Best Seller, an offbeat thriller in which he co-stars with his friend James Woods. Next year, he’ll be seen in The Return of the Man from Snowy River, in a role Kirk Douglas played in the first Snowy River adventure. “Kirk’s cleft fell out,” Dennehy jokes in his

typically gregarious fashion, “and they had to replace it. So I’m filling in for him.”

But during interviews at film festivals in Cannes and Toronto this year, Dennehy spent most of his time talking about a far more esoteric project: The Belly of an Architect, Peter Greenaway’s bizarrely stylized drama about a middle-aged American architect who loses his dignity, his sense of purpose and his much younger wife while overseeing an exhibition in Rome.

Dennehy stars in the film, which will be released later this year, as Stourley Kracklite, the architect who comes to question the value of everything, and everyone, he has held dear. It’s a character Dennehy could identify with very easily.

“In other words, you spend 20 years of your life saying, ‘If I ever get to this place, if I ever get what I want, I'll be happy. All the mysteries of the world will be solved, and I will know what’s right.’ Well, you get that. And then you say to yourself, ‘You know something? The mysteries are not all solved. And I’m not particularly happy. And it really doesn't make a goddamn bit of difference that you get what you want.’”

Not that Brian Dennehy is a bitter man. Not at all. He ppreciates the respect and acclaim he has earned in such high-profile supporting roles as the friendly alien in Cocoon, the cheerfully corrupt sheriff in Silverado, and the hard-charging New York cop in F/X. And he is extremely grateful to director Peter Greenaway for casting him in Architect, the first movie where he has received top billing.

But for Dennehy, there's something more important than the billing, the good reviews and the public recognition. For him, the most important thing is simply acting.

“The first thing I noticed about Kracklite is, Kracklite is a man who is obsessed. And I am obsessed — I am obsessed with acting. I'm obsessed with what I do. And I have come to terms with that. There was a time, four or five years ago, when people would say to me, ‘You’ve got to find something else. Get yourself a nice girlfriend, get on your sailboat and sail away, find something else. You can’t just care about this one thing.’ But eventually, I got to the point where I figured, ‘This is the only thing I care about. This is the only thing that interests me. Yes, I am obsessed with it.’