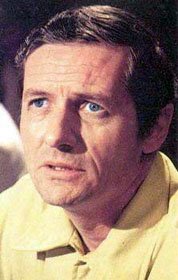 Even if you don't recognize his name, you likely have seen the under-appreciated but ever-reliable Arthur Hill in one of his many film and TV appearances dating back to the 1960s and '70s. And if you do remember him from such movies as Harper, The Andromeda Strain and A Bridge Too Far, or from his TV series Owen Marshall: Counselor at Law, or from his award-winning turn as the masochistically henpecked George in the original 1962 Broadway production of Edward Albee's Who's Afraid of Virginia Woolf -- well, you may wonder: Hey, where has he been all this time? Alas, Alzheimer's disease kept him from working in his chosen field for several years. He is at peace now.
Posted by Joe Leydon at 10/27/2006 12:45:00 AM