Worth every damn penny (or ha'penny) 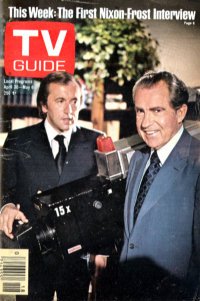 Even as Ron Howard prepares to film Nixon/Frost, Peter (The Queen) Morgan's smash-hit London play about the fateful face-off between the disgraced U.S. president and the career-stalled Brit TV talk-show host, Sir David Frost has admitted he paid a bundle for the rights to interview Richard Nixon. And he has never regretted picking up the tab.
Posted by Joe Leydon at 10/23/2006 08:42:00 PM