Greetings from the Shore 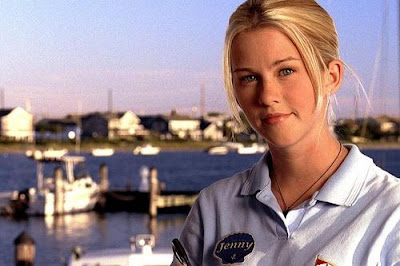 According to production notes for Greetings from the Shore, producer Gabrielle Berberich – who co-wrote the script with director Greg Chwerchak – drew heavily from her own youthful experiences while spinning a familiar scenario about a resourceful young woman who spends her last summer before college working at a swanky yacht club on the New Jersey shore. Whatever its real-life roots, however, bits and pieces of this undemandingly pleasant dramedy seem inspired by, if not recycled from, several previous movies covering similar ground.

(Indeed, more than one scene recalls Experience Preferred... But Not Essential, a semi-obscure 1982 British comedy-drama produced by David Puttnam as part of his "First Love" series.)
Still, there’s no denying the appeal of newcomer Kim Shaw as Jenny Chambers, the agreeably plucky college-bound lass who’s bummed out by a recent tragedy – her father died a few months before the movie begins – but determined to fulfill dad’s dream of her attending the expensive college where he could never afford to finish his studies. While she waits to hear from the financial-aid office, Jenny waits tables at the aforementioned yacht club. She's also kept busy as an English tutor for busboys and waiters -- most of them Russians and Eastern Europeans -- whose legal status appears to be questionable at best.
You can read my Variety review of Greetings from the Shore here.
Posted by Joe Leydon at 9/17/2008 08:31:00 PM

Email ThisBlogThis!Share to TwitterShare to FacebookShare to Pinterest
Labels: "Greetings from the Shore", David Puttnam