On the scene at TIFF 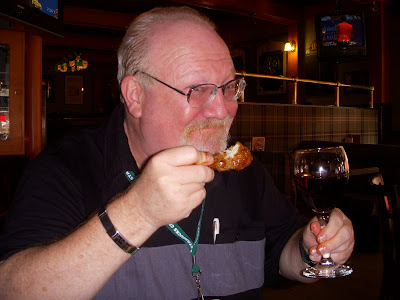 Well, I've already had the first of the feasts I enjoy every year at The Foxes Den here in Toronto while covering the world's greatest film festival. Tomorrow, I start seeing movies. Tonight, while disembarking from the subway, I couldn't help noticing a genuinely clever ad -- apparently, not one circulated widely, if at all, in the United States -- for the irredeemably wretched Disaster Movie. If only the film itself had been this amusing... 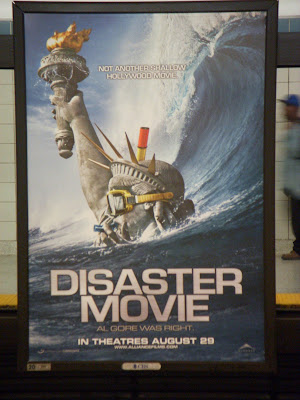 The DISASTER MOVIE poster you took a picture of in Canada ... I saw the same one at the Edwards Marq#E in Houston this morning. - berg