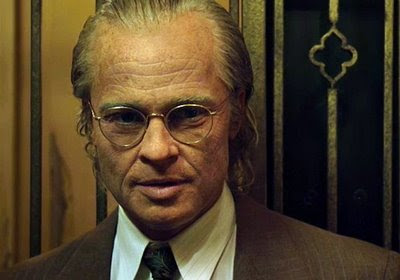 Pete Hammond sees portents and indications that maybe, just maybe, there will be a few surprises Sunday evening during the new and improved Oscarcast: "Another eerie sign came this weekend when three, count 'em, three (older) academy voters whose opinions I respect all said the exact same thing to me at different times. They weren't voting for Slumdog Millionaire because 'it's just not an Oscar picture.' I thought it was very strange that I would suddenly be hearing virtually the same kind of reasoning out of the mouths of three different academy members, but there it was. All of them, by the way, had cast their Best Picture vote for [The Curious Case of Benjamin Button]. Dare I say it? A SIGN????"