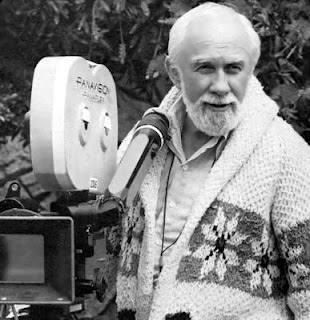 You might not recognize his name, but if you're a movie buff you almost certainly have seen and greatly appreciated the handiwork of William A. Fraker, the multi-Oscar-nominated cinematographer who died of cancer Monday at age 86. Among his most notable credits: Rosemary's Baby

, Looking for Mr. Goodbar, The Freshman

. He also directed the original Monte Walsh (1970), an elegiac Western that paired Lee Marvin and Jeanne Moreau as unlikely romantic leads, and The Legend of the Lone Ranger

(1981), which, really, shouldn't be held against him. Fraker speaks eloquently and insightfully about his craft -- and about what he learned while working with directors as diverse as Richard Brooks and Roman Polanski -- in this interview conducted for the American Cinematographers Guild magazine after he was honored with the 2000 ACG Lifetime Achievement Award.
Posted by Joe Leydon at 6/01/2010 11:51:00 PM

Now I feel kind of bad about that piece I wrote on my blog about THE LEGEND OF THE LONE RANGER a few weeks back. But I love 1941, I really do, as well as a few of the other titles you mentioned. The hallway story from ROSEMARY'S BABY that he tells in the linked interview was definitely a highlight of VISIONS OF LIGHT.