And the winner will be... 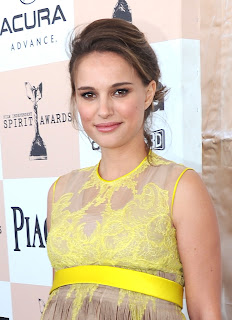 Shortly after last month's announcement of nominations for the 83rd annual Academy Awards, I offered my predictions for winners in the top tier categories. Five weeks later, and just hours away from the Oscarcast, I can't say I'm ready to back away from any of those choices -- except, maybe, in the Best Actress category. Even though I remain convinced that Annette Bening is (a) the sentimental choice for many over-35 Academy voters, and (b) an altogether worthy choice strictly on the merit of her excellent performance in The Kids Are Alright

, Natalie Portman now appears to have the momentum -- an impression only reinforced Saturday by her victory at the Spirit Awards -- for her fearless portrayal of  an emotionally frazzled  ballerina who drives herself to extremes while pursuing perfection in the Black Swan (arguably the least likely megaplex box-office hit of the past year).

As for the Best Picture category: The Social Network

may have been the front-runner during the  early stages of the race, but The King's Speech looks like the nominee that will gallop into the winner's circle Sunday night. It's a perfectly respectable choice...

Gee, wait, that sounds awfully condescending, and I don't mean to sound that snarky. Truth to tell, I enjoyed King's Speech quite a bit when I viewed a DVD screener that I received because of my status as a voting member of the Houston Film Critics Society. I admired the first-rate performances -- Colin Firth richly deserves the Best Actor prize he almost certainly will win, and  Geoffrey Rush conceivably could score an upset in the Supporting Actor category --  and appreciated the intelligence of the writing and the potency of the emotional uplift.

On the other hand: I never, ever, felt compelled to rush out and see how the movie worked on the big screen. Because, frankly, I think I watched it in the medium where it likely would work best. Again: The King's Speech is a very good movie. But not quite as good as the movies I chose for my Top 10 of 2010. And if, through some unexpected turn of events, The Social Network were to take home the gold, I would not be disappointed.

, through some miraculous twist of fate, were to be named Best Picture, I will be, in the immortal words of Addison DeWitt, available for dancing in the streets and shouting from the housetops.
Posted by Joe Leydon at 2/27/2011 01:58:00 AM