Would you believe... Colin Firth as a conniving art curator? Cameron Diaz as a Texas steer roper? 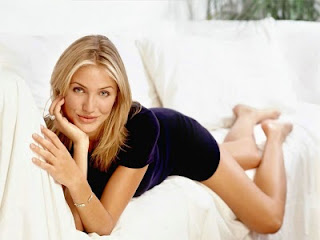 Usually, an actor has to actually win an Academy Award before he can start having his pick of paycheck roles. But Colin Firth has been a Best Actor front-runner for several months now -- really, since The King's Speech started making the rounds of the festival circuit last fall -- so it comes as no surprise that he's already considered sufficiently bankable to be cast as the male lead of Gambit, an upcoming remake of the 1966 seriocomic heist flick that starred Michael Caine and Shirley MacLaine.

The original Gambit, directed by Ronald Neame (The Poseidon Adventure

),  was a tricky, kicky caper in which a cocksure thief (Caine) employed an Eurasian beauty (MacLaine) to pull off a complex con involving a gullible millionaire (Herbert Lom) and a priceless antiquity. (The picture pivoted on a clever switcheroo at the midway point that, back in the day before Internet-disseminated spoilers, actually surprised audiences.) The remake, which will be directed by Michael Hoffman (Soapdish

), reportedly deals with a London art curator (Firth) who hits upon an elaborate plan to lure a wealthy collector into buying a fake Monet painting. To pull off the scheme, the curator recruits a Texas steer roper (Cameron Diaz, shown above) to impersonate a woman whose grandfather liberated the real Monet masterwork at the end of World War II.

Are audiences ready to accept Diaz as a lasso-twirling rodeo queen? Can the producers hope to surprise contemporary ticketbuyers with the original plot twist (or some reasonable facsimile thereof)? And if the new Gambit turns out to be box-office smash, will it revive interest in a relatively obscure but fascinating documentary about the U.S. role in the post-WWII liberation of Nazi-seized artwork? Who knows?

But for those of you who are customarily averse to remakes of any any sort, consider this: The screenplay for the new Gambit was written by Joel and Ethan Coen, the filmmaking siblings who didn't fare too badly with their recent re-imagining of True Grit.
Posted by Joe Leydon at 2/01/2011 11:47:00 PM

This post was a very compelling read. I am glad I just stumbled upon your blog. It is exceptional. I thank YouTube.

I must express bold skepticism in the casting of Cameron Diaz as a quirky, regionally distinctive character. I have never truly bought into her bill of acting goods. The only relevant exception to this blatantly bleak assessment of her work was her character in "There's Something About Mary." She gave a perfectly earnest performance.

I can absolutely envision Colin Firth as an arrogant and cunning art curator. The enormous praise bequeathed upon him for "The King's Speech" is warranted. If he can convincingly pull off a debilitating stammer, he can certainly inhabit the character that Michael Caine once made famous.

I must also espouse confidence in the screenplay. The Coen Brother's are firmly capable of enlisting their oddball brand of humor into this colorful story. Their sophisticated and tightly woven narrative approach worked exceedingly well for True Grit. How can it possibly fail under the weight of this remake? I just don't see it. Their streak of success will continue.