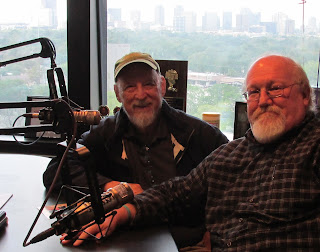 J. Hunter Todd -- the Grand Kahuna of WorldFest/Houston International Film Festival -- will be a special guest this week during my segment on  Living Large, the popular lifestyle and entertainment show that airs at 12 noon CT Saturdays on Houston's News 92 FM. Hunter and I will be previewing the 2013 edition of WorldFest, which kicks off a 10-day run Friday, April 12, with more indie movies than you can shake a stick at.  You can listen to a live downstream of the broadcast here.

And you can view the trailer for WorldFest/Houston 2013's opening-night attraction -- Filly Brown -- here: