Jeff Wells: Threat or menace? Or: Is half a stiffie better than none? 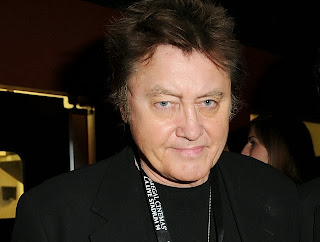 A while back, Jeff Wells felt compelled to tell me that he "keeps bottles of Cialis in the bathroom," and maintains intimate relations with "three girlfriends in LA, another in NYC and another in Berlin." This information was imparted in an email he sent to dispute any suggestion that he might be, well, aging less than gracefully. Today, while answering another of his furious missives, I queried: Are you still taking the Cialis, or have you moved up to hard stuff: Viagra? His response, reprinted here in its entirely, suggests I may have hit a tender spot:

Cialis, asshole. And it feels great to be walking around with half a stiffie, let me tell you. I swear to God, I'd love to take a poke at you. Stay out of my fucking sight at the next film festival we both attend. Look at me cross-eyed just once and I'm going to come over and get within 18 inches and spit right in your face. If you want to take it to the next level after I do that, fine. That'll be your call. But I will give you a slight saliva shower if you so much as look in my direction.

All fine and good, but I have to ask: If he's only getting "half a stiffie" with Cialis, is he really getting his money's worth?

Also: Can one hang an emotionally vivid cowboy hat on half a stiffie?

Finally: When he says he would "love to take a poke" at me, you don't think he meant... well, I mean, I can't picture Jeff as being much of a Lonesome Dove fan, but you never know.

Sounds more like he is more of a "Brokeback Mountain" sorta guy ... Be careful in the shower room ...

Not that there's anything wrong with that, you understand.

Be careful of making enemies, Joe. Especially those who may already be a few kernels short of a cob.
Stay safe.