Blast from the past: My fleeting transformation into a simian for a Planet of the Apes promotion

Back in 1973, the late, great movie movie makeup artist John Chambers -- yep, the guy John Goodman portrayed in Argo -- went on tour to promote the latest entry in the original Planet of the Apes franchise, Battle for the Planet of the Apes. When he arrived in New Orleans, the local Fox publicist asked for a volunteer to help Chambers demonstrate what he did for Roddy McDowell and other actors in the Apes adventures. Being, then as now, utterly shameless, I agreed to be part of the enterprise for a local newspaper known as The Daily Record. 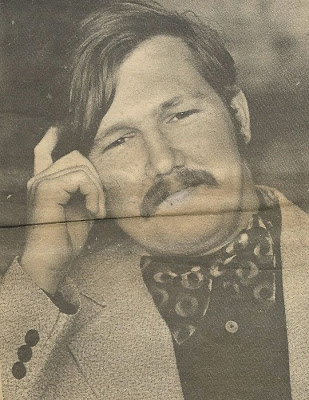 Geez, was I ever that young? 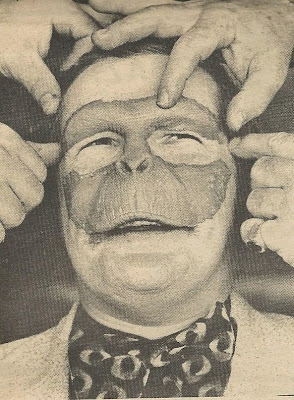 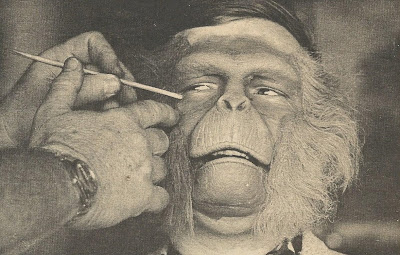 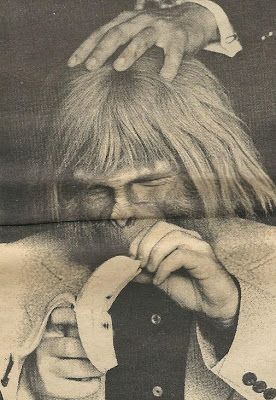 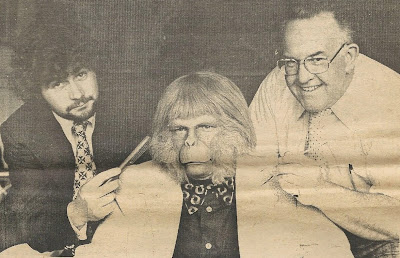 And here I am flanked by New Orleans makeup artist Edouard Henreques III (right) of Le Petit Theatre du Vieux Carre and the man himself, John Chambers. By the way: We didn't do this in a private studio or anything. Oh, no: We set up our little show at a table in what was then the main bar at the Marriott Hotel on Canal Street. The same hotel where, three years later, my wife and I had our wedding reception. And no: I didn't put the makeup back on for that occasion. 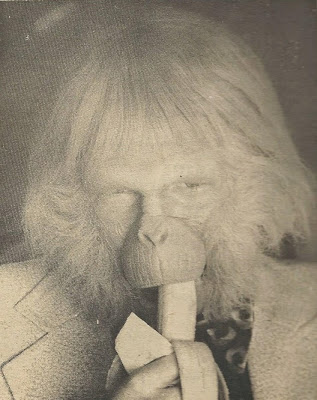 Actually, I think this might make a dandy avatar for Facebook and Twitter, just in time for Dawn of the Planet of the Apes. What do you think?
Posted by Joe Leydon at 7/09/2014 04:22:00 PM

You were never more handsome!