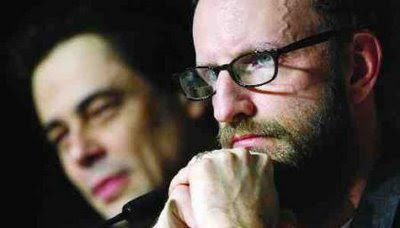 It's always a pleasure to talk with Steven Soderbergh, so I was grateful for the opportunity to chat with him about Che a few days ago for a Houston Chronicle Q&A. But wait, there's more: Here are a few outtakes:

Q: When Richard Fleischer made his Che! -- a very, very bad movie -- back in 1969, he had the backing of a major studio behind him. But despite your strong track record, and your Oscar for directing Traffic, you had to seek out independent financing and distribution. How come?
A: Well, I think the biggest reason, for anybody on the American side with money, was the Spanish-language dialogue. Even though over the past couple of years we’ve seen movies that were not in English do wonderfully well here, a lot of the distributors in the U.S. have specific exclusions in their pay-TV deals for foreign-language films. Meaning they can’t cover any part of their cost by putting it on HBO or Showtime or anything like that. So that was a problem for them.
Q: And it didn’t help that you wanted to make a Spanish-language film about a Marxist revolutionary.
A: The political stuff, I think, really wasn’t as much of a problem. But you have to remember: At the point when we first went around trying to get money in the U.S., we’d already decided that it would be two films. And everybody had questions about that. Everybody wondered: Why isn’t it just one three-hour movie?
Q: Che Guevara certainly was very media-savvy. There’s a great scene in your film during Che’s 1964 visit to New York, when he addressed the United Nations. He’s getting ready to do a TV interview, and a production assistant says something like, “Would the commander like some make-up?” And Che brushes her off. But when he sees another talk-show guest getting made up, he says: “Well, maybe a little powder?”
A: And that’s a true story. We interviewed the interpreter who was with him in New York, and he told us that story. And I thought it was hilarious. And it’s that kind of stuff that I was trying to find. That kind of detail for me was much more important than any grandstanding, speechifying, emotional close-up. It just made him more human.
Q: Not to put you on the spot, but are you a little surprised that you and Benicio Del Toro don’t seem to be generating any sort of Oscar buzz for Che?
A: No, because we have no money. We haven’t taken out a single trade paper ad for the film. And when you don’t do that, you don’t get mentioned in any stories at the end of the year in any of the trade publications. That’s the way that system works. And we knew that. But we knew we had to spend all of our money on newspaper ads to get people to go see the film. That’s why, when we made the deal with IFC, we told them that you can send out DVD screeners [to critics and Motion Picture Academy members], but we’re not doing any “For Your Consideration” ads. We can’t afford that. We have to concentrate on getting people into theaters. And so far, it looks like that’s working.
Posted by Joe Leydon at 1/15/2009 07:52:00 PM