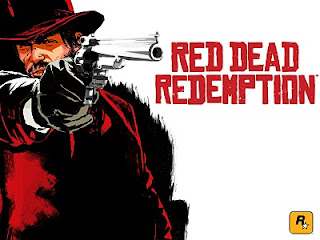 Are you ready for Red Dead Redemption: The Movie? Because it’s coming to Fox TV this weekend. Sort of.

Actually, “movie” is something of an overstatement – it’s really more like Red Dead Redemption: The 30-Minute Short. But the animated drama – set to air at 11 pm CT Saturday on the Fox network – is indeed a Wild West narrative that incorporates elements from the mega-hyped, widely praised Red Dead Redemption videogame. There’s a technical term for this sort of thing: Machinima, works created from the graphics engines and assets of a vidgame. But all you really need to know in this particular case is, first, the Fox late-night special (airing after The Wanda Sykes Show) really is an original, stand-alone drama, not just a passel of in-game scenes excerpted from Red Dead, and, perhaps more important, it was created and directed by Australian filmmaker John Hillcoat, the same writer-director who got all apocalyptic on us with his recent film adaptation of Cormac McCarthy’s The Road

What’s it all about? According to the folks at Rockstar Games, the same company that also gave us Grand Theft Auto

, the half-hour Western “chronicles a slice-in-time of protagonist John Marston as he tracks down his former fellow outlaw and friend, Bill Williamson. Along the way, Marston encounters many of Red Dead Redemption's eclectic cast of dreamers, misfits and liars. Using the world of Red Dead Redemption as a virtual film studio and created entirely with in-game assets and technology, Hillcoat re-imagines Marston’s pursuit of justice and salvation.”

Sounds pretty cool. And, hey, it's airing opposite a Saturday Night Live rerun, so why not click the remote and take a look? Here's a sneak peek.