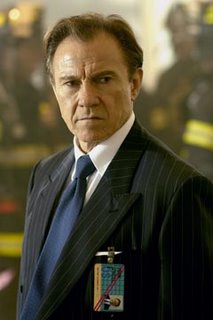 Look like Harvey Keitel was so dubious about The Path to 9/11 that he hired his very own researcher to vet the script, and insisted on dialogue changes throughout filming.

Meanwhile, over at Talking Points Memo, there's a report about the disclaimer that's supposed to run "throughout" the controversial docudrama. Apparently, it all depends on how you define "throughout."
Posted by Joe Leydon at 9/10/2006 01:16:00 PM