'The Path to 9/11' is paved with dubious intentions 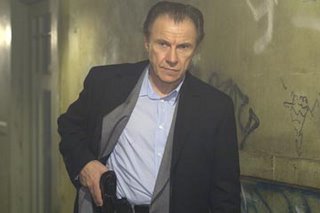 Tom Shales nails ABC's controversial The Path to 9/11 as being, quite simply, not worthy of its subject: "The docudrama -- allegedly produced as a warning to the United States that the attacks, or something like them, could happen again -- falls clumsily into traps that await all those who make fictional films claiming to be factual. Except this time, the event being dramatized is one of the most tragic and monstrous in the nation's history, not something to be trifled with."

In the Los Angeles Times, Tim Rutten surveys "the smoking ruin that is ABC's reputation after the Path to 9/11 debacle," and pronounces that the "lacerating controversy surrounding the network's docu-dramatic re-creation of events leading to Sept. 11 is an entirely self-inflicted wound." At the same time, however, Rutten rightly questions whether censorious Democratic leaders in the U.S. Senate are guilty of "a stunning affront to 1st Amendment freedoms."

Some critics are praising Harvey Keitel's performance as FBI counter-terrorism expert John O'Neill, whose efforts to contain the al-Qaida threat were rebuffed repeatedly by those above him. (An irony no scriptwriter would dare invent: Two weeks after he retired at age 49 to become director of security for the World Trade Center, O'Neill was among the unfortunates killed when the planes hit the Twin Towers.) It should be noted, however, that even Keitel isn't happy about the way the docudrama turned out.