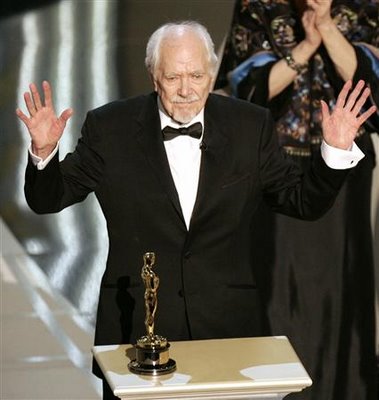 an excellent tribute and commentary as always, joe.


i was saddened to hear of his death. my first thought genuinely was, "thank goodness they gave him that honorary oscar in time."

"nashville" is my favorite of his films. turner classic movies shows it from time to time, uncut and commercial-free, of course. i hope to see it again soon.

At the risk of sounding really, really crass -- I wonder if he'll get at least a Best Director nomination this year for Prairie Home Companion?