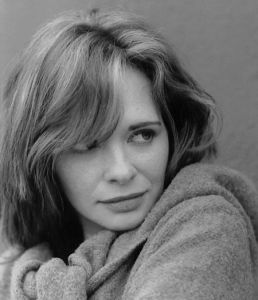 My immediate reaction to news of Adrienne Shelly's tragic death is, of course, deep regret that a bright light has been dimmed much too soon. But I also must admit to equal measures of aching melancholy and wistful nostalgia, as I think of the eternally waifish actress as the poster girl for a specific period in indie cinema -- call it Early Sundance, late '80s to the early '90s -- that now seems almost as distant as the Hollywood renaissance of the 1970s. As Matt Dentler perceptively notes, Shelly "was an evocative and yet subdued force of nature, witty and warm. She was the personification of the 'indie-film muse' during the beginning of the 1990s."

I was especially impressed by her work in two early, quirky Hal Hartley comedies -- The Unbelievable Truth and Trust -- that rank among my very favorite movies of the Early Sundance era. While reviewing the latter back in 1991, I wrote: "As Maria, a 17-year-old high-school senior noted for her purple lipstick and surly attitude, Shelly makes one hell of an entrance. The movie begins with Maria's informing her parents that she has dropped out of school, plans to marry her jock boyfriend - and, by the way, is pregnant. Her father, understandably upset, snarls: 'Slut!' Maria slaps his face, and walks out the door. Dad has a sudden heart attack, and falls down dead."

Things go from bad to worse as Maria is rejected by her mom, dropped by her boyfriend, and nearly raped by a convenience store clerk. Fortunately, however, she finds a soul-mate of sorts in Matthew (Martin Donovan), a troubled young man who gradually realizes that maybe he can save himself if he somehow saves Maria. He comes to trust her so much that he shows her his prized possession: a hand grenade that he says he carries with him at all times. ''Why?'' she asks. ''Just in case,'' he responds. ''Are you emotionally disturbed?'' she inquires.

Donovan is terrific, I noted in 1991, but "Adrienne Shelly has the more challenging role -- her character evolves from miniskirted bimbo to self-effacing victim, and from there to something far more formidable -- and she plays it with uncommon skill, grace, intelligence and conviction. Trust is probably the only movie ever made where the heroine must put on, not take off, her glasses before the hero even thinks of kissing her. Shelly makes braininess, and budding confidence, very attractive indeed. When she smiles, you get the feeling she could inspire a man to do anything. She might even get him to give up his hand grenade."

*sigh* Yes, "Trust" is such an influential film for me, for so many reasons, not least of all Ms. Shelly's performance. I also found her to be captivating in "The Unbelievable Truth". Her death is a terrible loss for indie film lovers, and Hal Hartley fans. I'm a passionate member of both tribes, so, this sucks doubly.