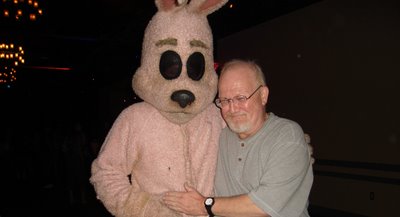 My favorite documentary at last spring's Nashville Film Festival -- heck, my favorite movie there, period -- was I Trust You to Kill Me, Manu Boyer's surprpsingly compelling film about the first concert tour by Rocco DeLuca and the Burden in support of their debut CD. Kiefer Sutherland -- who signed the band as the first artists for his Ironworks Music indie label -- goes along for the ride as the group's road manager. But while the actor figures prominently, and confides revealingly, he never upstages DeLuca, a soulfully intense talent who fuses jazz, rock, blues and folk elements while wailing Robert Plant-style vocals to sliding Dobro guitar riffs.

Off-stage, the sad-eyed singer-songwriter comes off as far more reserved, if not downright melancholy, as he candidly discusses his ambivalence about the music industry, and recalls an unhappy childhood spent neglected by distant parents. Without ever pushing too hard, director Boyer pointedly suggests that Sutherland's own mixed feelings about his famous father, Donald Sutherland, may have led him to view DeLuca as something of a kindred spirit. Indeed, Sutherland virtually admits as much during interview sequences shot in moody black-and-white.

Even so, as I noted in my original Variety review, the rockumentary is appreciably livelier when it is more colorful, literally as well as figuratively, while detailing the difficulties faced by any unknown band -- even one backed by a widely recognized film and TV star -- during its first international tour. I Trust You to Kill Me (also the title of the group's first CD) is consistently amusing, and occasionally hilarious, as it follows DeLuca and bandmates Ryan Carman (drums), Dave Beste (bass) and Greg Velasquez (percussion) through a series of demanding gigs in small clubs scattered throughout London, Dublin, Reykjavic and Berlin. A highlight is their performance of "Soul," by far the best cut on their debut release, which nearly blasts the paint off the stage in a Berlin basement club.

At every stop, Sutherland exploits his celebrity as star of the worldwide TV phenom 24, craftily granting timely interviews that will enable him to plug the band. And whenever that proves inadequate, he's not ashamed to simply patrol the streets outside a club and give away tickets to amazed passers-by who can't believe they're seeing who they're seeing.

I thoroughly enjoyed the movie -- and the music. So much so, in fact, that I bought the CD, and paid to see Rocco DeLuca and the Burden perform live here in Houston a few months ago. (That's me in the above photo with the band's rabbit roadie, who also appears in the documentary.) And now it looks like I'll be able to see I Trust You to Kill Me again. The movie will kick off its theatrical run Sept. 8 in New York, followed by bookings in Los Angeles (Sept. 15) and San Francisco (Sept. 29). After that, presumably, it will be opening at theaters and drive-ins everywhere. Until it reaches your neck of the woods, here's a trailer to whet your appetite.
Posted by Joe Leydon at 8/24/2006 12:47:00 PM

Email ThisBlogThis!Share to TwitterShare to FacebookShare to Pinterest
Labels: I Trust Tou to Kill Me, Kiefer Sutherland

this might air on VH1 at some point too.

in any case, check out the CD, music fans. you won't be disappointed.